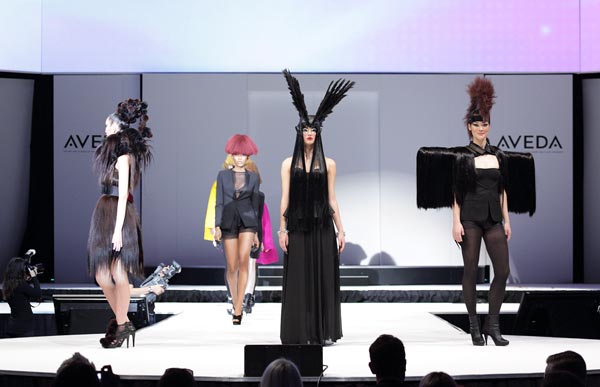 Berlin, the trendsetting hub of Germany, hosted the 2012 edition of Master Jam.

The event signed by Aveda was held at the Tempodrom in front of an audience of more than 1000 professional from all over Europe, Australia, Japan, and the USA.

“The Aveda Master Jam is the most important educational event of its kind,” said Dominique Conseil, global brand manager, “conceived to accompany technical content with creative inspiration. Berlin, as a capital of art, of culture and fashion, was chosen precisely because it offers the ideal setting for beauty professionals on the cutting edge.”

The winner of the 2012 edition of the European Fashionista Award – the award dedicated to the photographic services that narrate the beauty and harmony of Aveda signature style – was Marie Anderson of the Gary Ingram Salon in London.

The conclusion of the event was entrusted to Antoinette Beenders, who took the stage to present braids and bobs mixed with natural elements. Haute couture costumes in the form of insects and butterflies created by designer Amato completed the mood. Similarly, the Dark Star collection – signed by Beenders – was also presented, with Gothic, nomadic, and gypsy suggestions. “Berlin is a city that looks beyond,” affirms Antoinette, and I know that the audience recognises and appreciates the value of an event like this.”